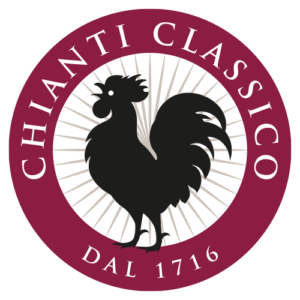 Wine lovers might have noticed that there’s a little black rooster on top of every bottle of Chianti Classico.

The Gallo Nero – Black Rooster – was the historic symbol of the League of Chianti and has become the symbol of Chianti Classico wines.

The Black Rooster symbol is linked to a medieval legend that takes place during the time of open hostilities between Firenze and Siena.

The two cities were fierce rivals, constantly fighting for precious land and for control of the Chianti territory: it was necessary to find a solution!

In order to end the dispute and finally define the political boundaries between the two cities for once and for all, it was decided that two knights would depart from their respective cities at sunrise and fix the boundary between the two city-states at the point where they met.

The rooster’s crow at dawn was the signal for the knights to start riding. 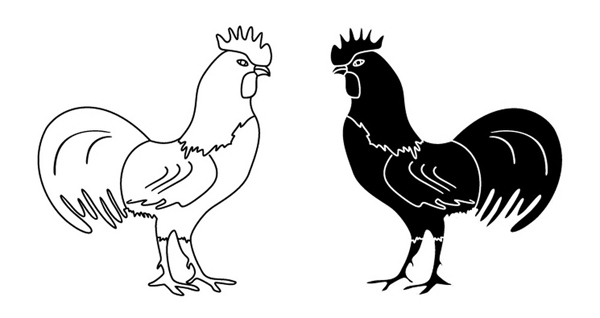 The Sienese opted for a beautiful white rooster, raised sleek and fat with the idea that it would loudly wake their knight at dawn.

The Florentines, on the other hand,  chose a black rooster; they kept their rooster in a small, dark chicken-coop and did not feed it for days.

⏰  On the big day of the ride, once the hungry black rooster was freed, it began to crow well ahead of dawn, allowing for the Florentine knight to depart well in advance of the Sienese knight.

Thanks to his considerable head start, the Florentine knight met his opponent in Fonterutoli, only 12 km from the point of departure of the Sienese knight.

Here, they signed the pact of peace and fixed the borders of their respective Tuscan territories.

In remembrance of this legend, the wine produced in this region was symbolized with the black rooster that allowed the region to own the land that makes their famous wine.

The story, likely not historically accurate, explains the reason for which Florence was able to take control of the greater part of Chianti territory over their rival, almost up to Siena’s doorstep and it explains why the border between Siena and Florence isn’t in the middle of the two cities.

The images below show how the logo has developed over the years.

The Chianti Classico designation is a shared heritage for all Gallo Nero wine producers: its protection is a necessity and provides firm assurance to consumers.

Do you know the difference between Chianti and Chianti Classico?
read the article now >