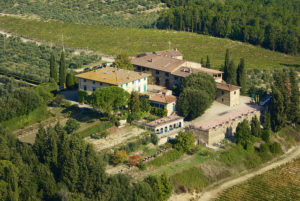 Learning with the Fattoria Montecchio.

The Fattoria Montecchio a participates in an important project promoted by the University of Oregon. It is the ´Global Education Oregon 2016´, and will bring 43 university students to the farm. Here a focus on the project. They will arrive on 27th June for a guided tour, accompanied by the marketing manager, Francesca Semplici. Then, up till 28th July, they will develop their projects from the University´s annex in Siena (La Lizza,10, Siena).
Having started two weeks before coming they will have a total of six weeks in which to learn the secrets of wine marketing. This is, in fact, the study programme thanks to the collaboration between the Ente Mostra Vini Enoteca Italiana of Siena and the Oregon University.
The students will be accompanied, followed and supported by the professors Rutan and Lewis and will be divided into groups of 5 or 6 to follow the proposals of the various wine farms.
With the collaboration of the professors, the students will have to develop marketing programmes proposed by the farms that adhere to the initiative and the students themselves.
The six students who choose Fattoria Montecchio will study a plan for marketing wine in the United States.
The projects will then be at the disposal of the farms in question. They will be officially presented on the 28th July at an evening event to mark the end of the project and will be held in the Enoteca Italiana (via Camollia,72 – Siena). This wine cellar is famous for its efforts in promoting and valorising the vast Italian viticulture, in particular it´s known for its encouragement of viticulture education and for encouraging the presence of Italian wines in the important market of the United States.
During this event the farms concerned and the university teachers will declare, according to their judgement, which of the projects they deem to be the best.
Back to posts list
This site or third-party tools integrated into it process personal data (e.g. browsing data or IP addresses) and make use of cookies or other identifiers necessary for operation (only technical and analytical cookies). The site also allows third party cookies to be sent. By clicking here it is possible to read the extended privacy information, with indications on the use of technical and analytics cookies.OkPrivacy policy